Riddhiman Saha out of South Africa Series, Dinesh Karthik gets the place 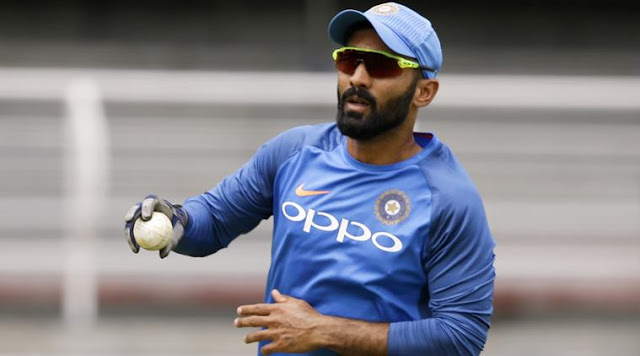 In the 3 Test matches against South Africa, 0-1 has been a major shock to the Indian team which is running behind. Team India wicket-keeper batsman Riddhiman Saha has not been given a place in the team. Dinesh Karthik has been included in his place. This information was given by the Board of Control for Cricket in India (BCCI) on Tuesday. Let them know that they have been included in the team after seven years. He last played a Test match against Bangladesh in 2010.

Riddhman Saha was injured in the left leg during practice sessions on January 11. After which they were rested. During the toss of the second Test match of the series being played in Centurion, Virat Kohli had said that Saha was excluded from the injury due to injury, while Parthiv Patel was included in the playing eleven.

The BCCI’s Senior Selection Committee has announced to replace Dinesh Karthik in place of injured wicket-keeper batsman Randivan Saha with Team India, who is playing in South Africa. Karthik will be part of Team India in the third Test.

It is noteworthy that during the practice on January 11, Radheeman Saha had become a victim of hamstring injuries. For this reason, Parthiv Patel has been included in the Centurion Test being played at this time. While the team of BCCI doctors continued to focus on Saha’s injury.

BCCI’s acting secretary Amitabh Chaudhary has confirmed Dinesh Karthik’s involvement in the team. The BCCI has also informed about this through its official Twitter handle.By the way, Dinesh Karthik will become part of India’s Test team some eight years later. This wicket-keeper batsman played his last Test against Bangladesh in January 2010.

Although he has been a regular part of Team India’s ODI and T20 cricket for some time now. Efforts are being made to adjust them to number four, especially in one-day cricket.In 2004, this debut player has played 23 matches in Test cricket. At the same time he was part of Team India in 79 ODIs and 13 T20 Internationals.

LIVE: Kohli made ‘WALL’ in Centurion, Still Striking on Pitch after 21st century